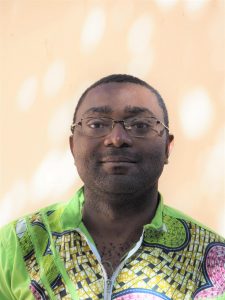 Enterprising Youth and experiences of Subjectivization: The Case of the Youth from Modest Families

The “young moment” appeared in the stories and interviews collected as central to the construction of the committed identity of our interlocutors. Carrying identity tensions and leading in many cases to biographical bifurcations, this delicate phase of transition to adulthood informs the social transformations behind the scenes in Cameroon. This research thus plans to investigate further the subjectivization processes experienced by young people from families or modest backgrounds, but anxious to take charge of themselves. It is a question of exploring how they manage to overcome (or not) the obstacles linked to their environment and social condition to become subjects and actors of their existence. In an environment marked by political precariousness-authoritarian hints-and economic-exacerbation of unemployment-, it seems important to us to examine how the category of “young enterprising” manages to mobilize individual and collective strategies to take charge load and integrate dynamically into social productivity processes. So far, the dominant variant of literature takes a pessimistic look at African youth and struggles to apprehend it as a historical actor. In contrast, our work would like to explore how these young people engage-sometimes without their knowledge-in a dynamic of restructuring social ties within an environment exacerbated by vulnerability. By restoring history to this young craftswoman of modernity through commitments and risk-taking, the expected added value of our contribution is to analyze the biographical trajectories of young entrepreneurs from precarious backgrounds, while showing how the dynamics of impulsive individualization is grasped by new experiences of subjectivization. Through a series of DIY identities carried out on a daily basis, these subjectivization experiences would highlight permanent work on oneself and on one’s society.