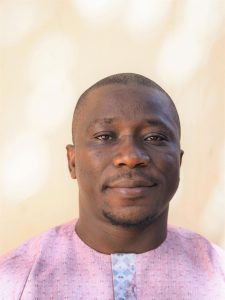 Sékou Kamano, born on 03.02.1982, holds a doctorate in Information and Communication Sciences from Toulouse III University Paul Sabatier (France). His thesis, “Mediation of the scientific production of Guinean higher education establishments”, is a work of study focused on the circulation of research in the Republic of Guinea. He is currently working at Julius Nyerere University in Kankan (Republic of Guinea) as a teacher-researcher and Head of Department. Since 2018, he has been an associate member of the Laboratory of Studies and Applied Research in Social Sciences (Toulouse), Mediation Team in Specialized Information Communication (MICS). His research focuses mainly on questions related to science mediation and on science-society relations. He is particularly interested in the analysis of objects, info-communication devices and the actors who implement them

Urban Research in the Republic of Guinea, Mediation of an Unrecognized Scientific Production

The rapid growth of urbanization around the world is a major research concern. Beyond the usual questions about demographic and ecological facts, there is a strong social demand which leads to an interest in new dynamics aimed at developing constructive reflections on urbanization phenomena. Studies on the circulation of urban knowledge, as it works in the world, are not sufficiently (or almost not) addressed in the African context. In Africa, the image of science and research poses a fundamental problem much more than elsewhere, making scientific knowledge inaccessible. In the Republic of Guinea, the mechanisms for mediating knowledge remain unknown. Work on urbanization is not accessible by the greatest number. Hence their insufficient consideration in research uses and practices. The lack of importance accorded to their valuation among peers and with society, leads to questioning the practices of circulation by researchers of the research they develop in their institutions. Based on an approach of scientific mediation, we try to understand the modes of circulation of urban knowledge as well as the interactions that exist between the field of urban research and the rest of society. We are also trying to analyze the info-communication links between researchers and urbanization practitioners. Likewise, we question the contribution of urban research to the growing concerns of populations. The mediation envisaged here will take into account various social actors including professionals, research, training, the State and associations.