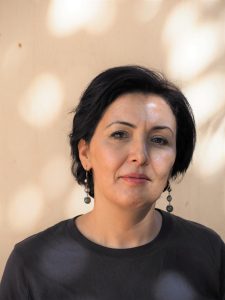 Khaoula Matri (Tunisia), born on 19.04.1977,is a doctor (PhD) in sociology from the University of Tunis and the University of Paris V-Descartes. Her thesis focuses on ” the Veil: Representations and Practices of Tunisian Women’s Body”, associate researcher at the Institute of Research on the Contemporary Maghreb in Tunis. Since 2014, she has been a teacher-researcher at the University of Sousse and hosts several scientific activities. Author of works concerning gender-based violence, the status and conditions of women in Tunisia, the body and sexuality, the veil and social norms.

Perceptions of Gendered Violence and the Normative Framework of Production of the Relations between Men and Women: A Comparative Study between Tunisia and Senegal

This research focuses on the representation of gender-based violence and the normative framework for its production: a comparative study between two African countries. The problem revolves around the forms of gender-based violence in different spaces and cultures. We aim to understand the building process of woman’s and men’s identity and the normativity that governs the power relationship between them. The approach combines (1) socio-anthropological analysis concerning the production of the social body «female, male», the image or the status of a women/ men», the management of sexuality and the negotiation of conformity relating to the roles and status in a social changes perspective. (2) The historical, political and legal approaches regarding the conceptualization of gender-based violence in a context of women’s right globalization and the elimination of all forms of gender discrimination (3) A quantitative survey of women and men with different socio-demographical categories. The GBV (gender-based violence) as a concept is articulated with different strata of the social organization such as the space (public space, private space, virtual space, etc.), the social relationship (family, conjugal, professional, friendly, promiscuity, anonymity, etc.),the individual’s marge of freedom comparing to the social rules and the normative system of the group he belongs to. A conception of violence deserves to be developed by crossing it with the construction of gendered identities, the building up of the body, norms, space’s perception, the individual’s autonomy, the suffering, in order to achieve a multi-disciplined approach and from a comparative study between two contrasted socio-cultural contexts. The GBV can be read as a regulator of the power relationship, a social relationships operator and an interactional knot.