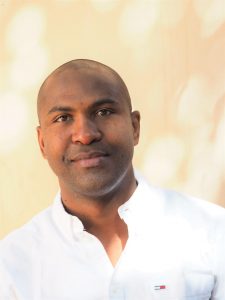 Lamine Savané, born on 15.09.1984,holds a PhD in political science from the University of Montpellier. His thesis focused on the sociology of Malian parliamentary elites, from a socio-historical perspective in order to explain the socio genesis of the hybrid political system that characterizes the Malian political field, as well as the resources that can be mobilized by parliamentarians. He has since been recruited as Temporary Teaching and Research Associate (ATER) and then as a vacancy, taking charge of lectures (CM) and tutorials (TD) at the Political Science Department of Montpellier from 2013 to 2019. Since February 2018, he has been recruited as a lecturer in political sociology at the University of Ségou. He has also participated in international colloquia, seminars and published articles and book chapters on the crisis in the Sahel, state failure, drug trafficking, and on the social and/or political antagonisms of elite groups in northern Mali.

Armed Rebellions, “Terrorisms”, Local Conflicts and Reasonings of Violence in the North and Centre of Mali

Armed rebellions, “terrorisms”, local conflicts and logics of violence in the north and centre of Mali Since the wave of democratization in the 1990s, Mali was considered a model of democracy in West Africa, praised by the French authorities and international organizations in particular, before the putsch of 22 March 2012 shattered this idyllic vision and the occupation of the armed movements that followed in the north of Mali. Corruption, clientelism, nepotism and impunity were thus allowed to flourish in Bamako. These same practices at the top of the state were found in the Sahelo-Saharan areas of the north where Tuareg irredentism was intertwined with the route of smugglers (mostly drug or arms traffickers). Some of these armed groups very quickly embraced the religious political ideology of radical Islamism to justify their commitments. The blatant absence of the State was replaced by a redistribution of the clientele’s income on a clan basis, involving the great Touareg notabilities of the North. A first mandate later, the new Malian President Ibrahim Boubacar Keita resolved to form a government of national unity in the face of the deteriorating socio-political situation that had moved from the north to central Mali. Indeed, in an asymmetrical war in which the Malian army is suffering heavy casualties, new jihadist organizations are emerging in central Mali such as Al-Mourabitoune and the Front de Libération du Macina (FLM), headed by the radicalized preacher Amadou Kouffa, from the predominantly nomadic and herding Peulh ethnic group. From the first quarter of 2017, all these terrorist organizations Aqmi, Ansar Dine, Mujao, al-Murabitoune and LWF will regroup in the Group for the Support of Islam and Muslims (GSIM) led by Iyad Ag Ghali. This research project aims at analyzing conflict dynamics in terms of local political antagonisms within a community, but also against other communities, without falling into a simplistic reading of an “international jihad.”