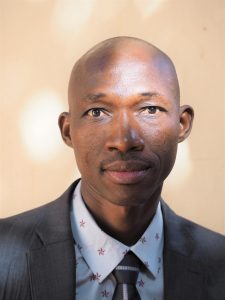 Bassirou Tangara, born on 11.04.1981, is an Assistant Professor in Development Economics at the University of Social Sciences and Management in Bamako. He is an associate researcher in Economics and Social Development at the University Centre for Research and Studies in Social Sciences (CURES) of the Faculty of Economics and Management. His research focuses on poverty, conflicts, rural vulnerability and farms efficiency. He holds a Doctorate in Development Economics from the «Institut Supérieur de Formation et de Recherche Appliquée de Bamako. He recently published a book in development economics titled “Poverty reduction through hydro-agricultural developments as an element of Development Strategy” with the “Editions Universitaires Européennes”. Currently, he is participating in the Pilot African Postgraduate Academy (PAPA) postdoctoral training program of the German Gerda Henkel Foundation.

Armed Conflicts in the Sahel, Economic Development and the Social Well-Being in Mali Security and peace issues are becoming more and more acute around the world. In Sub-Saharan Africa, we assist at a rise in armed conflicts which hamper the economic and social development. Confronted with this rise in armed conflicts, the traditional actions of development have often lost their effectiveness. Thus, we are witnessing a stagnation or decline in local economies unable to create jobs, leading to uncontrolled migration flow. This raises the following research question: what economic relationship can we establish today between armed conflict and economic social development? The literature admits that the conflict dimension of development has long been ignored by economists. This study seeks to understand the relationship between economic development and the number of conflicts or their intensity in terms of death toll, property loss and displaced people and refugees. This will allow us to analyze the economic effects of armed conflicts in Mali using per capita GDP as a measure of economic development. The methodological approach used in this study will be twofold. First, a descriptive approach will help us study conflicts and socio-economic deprivation and then social deprivation, well-being and armed conflicts. Then, the ordered probit model will follow to enable us to study the relationship between standard of living, well-being perception and conflict. Primary data relating to economic and social deprivation, conflicts and well-being will be collected through a survey. The interest of this study is in guiding policy making in the Sahel countries and in bridging the gap in the empirical literature on the effects of armed conflicts in Mali. Therefore, we will be able to come up with recommendations aiming at preventing, managing and eradicating conflicts in the region.